On 28 June, the internationally renowned indie pop band Beach House will play a concert in Poznań. The event will also feature Polish artists: Maria Peszek, Bartek Wąsik and Michał Pepol. On 25 March, we launched a special pool of tickets. The proceeds will be donated to the Polish Humanitarian Action. The pool of tickets will be available until the end of March.

In mid-March, we announced the first music event in the programme of the 32nd Malta Festival Poznań. Poland will be revisited by Beach House, one of the most famous dreampop groups worldwide. In June, we will have the opportunity to listen to their hypnotic music and latest album Once Twice Melody. The concert will also feature the queen of Polish indie Maria Peszek with her album Ave Maria, released in September last year. Also, two classical artists, Bartek Wąsik and Michał Pepol will present their upcoming albums. Bartek’s Daydreamer is a solo project consisting of his own arrangements of music by Radiohead. Michał will play original material based on unreleased and unknown recordings of the late Polish rock singer Kora. 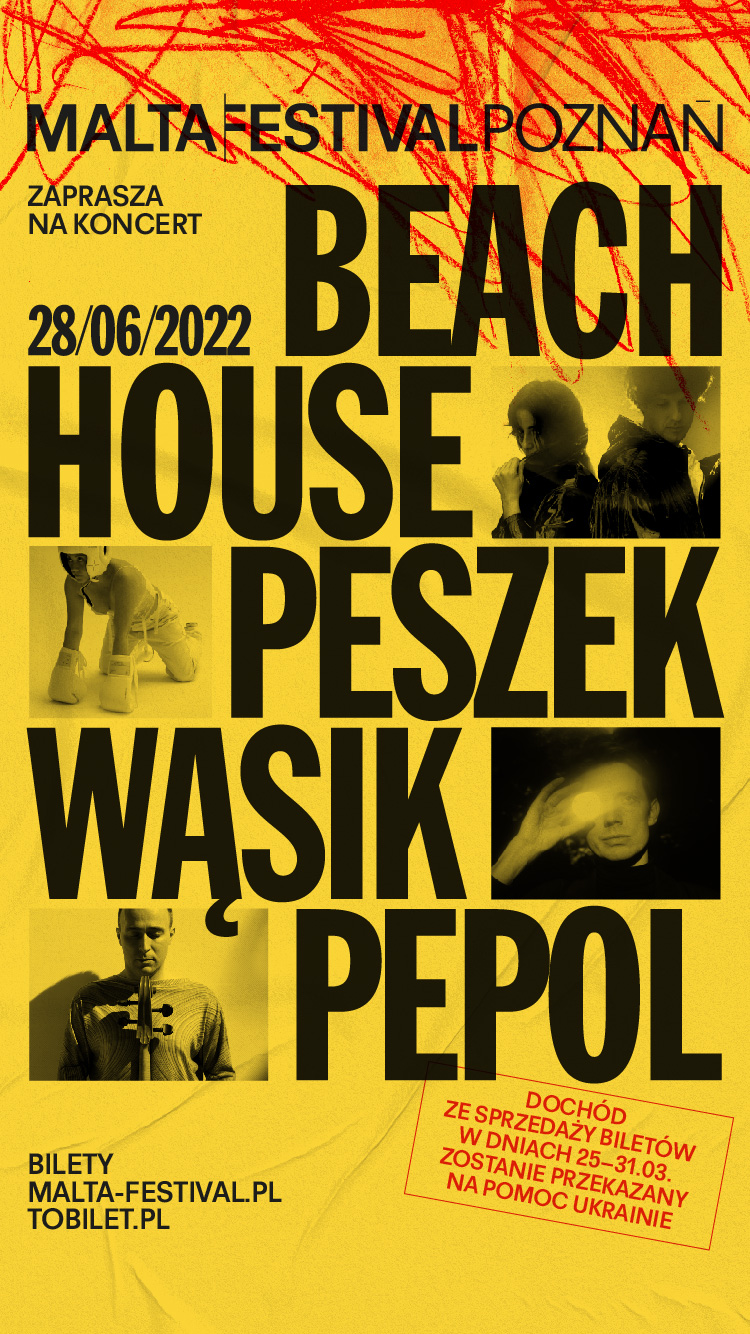 On 25 March, we launched a special pool of tickets for the event, which will be available until 31 March. The proceeds will be used to help our eastern neighbours from Ukraine. The money will be donated to the fundraising campaign of the Polish Humanitarian Action, which has been continuously supporting Ukrainians since 2014, when their territory was first invaded by Russia.

Since 2015, the Polish Humanitarian Action has been running a permanent mission in Ukraine, focusing on organising medical help, supplying medical materials and food packages. Presently, their activities also support Ukrainians who have left their homes due to the ongoing war.